You are here: Home / Destinations / Katherine Mansfield House – birthplace of a writer and rebel 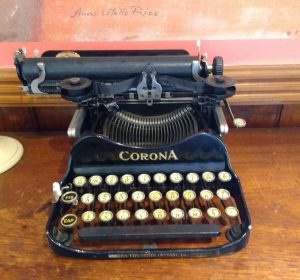 Katherine was born Kathleen Mansfield Beauchamp in 1888, not long after the family had moved into this newly-built house at 11 Tinakori Road, Wellington. Her father Harold was an up-and-coming businessman who would eventually become the Chairman of the Bank of New Zealand. Along with her siblings, Katherine would have enjoyed a very comfortable childhood here, before the family moved to an even larger house when she was 5 years old. 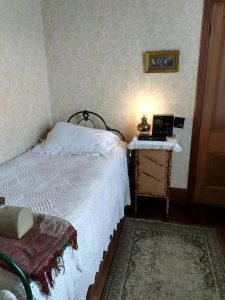 The young Katherine would have been nursed in the Night Nursery, while her older siblings would have slept in the other, interconnected bedrooms. The night nursery and one other bedroom are furnished as they would have been in her time.

Another bedroom has been adapted for use as an exhibition space. At the time of my visit, there was a display of amazing dolls’ houses – something that Katherine would no doubt have loved, as she was very fond of dolls and dolls’ houses.

Anyone with an interest in interior decoration will enjoy a visit to the Katherine Mansfield House. A recent substantial restoration uncovered remnants of period wallpapers, which were copied to reproduce those which appear on the walls of the house today. The influence of Japanese art and the Art Nouveau style, which were fashionable when the house was built in the late 1880s, can be seen throughout the house. 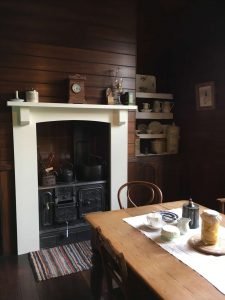 As is often the case with Victorian homes, the decor and furniture of the house seem dark when you first enter. I remember my maternal grandparents’ home being the same. The scullery and kitchen are, naturally, very simply furnished and decorated. It’s only when you step through the servery area into the dining room that things become more colourful. Here, the family would have entertained visitors and the room is dressed to impress.

What I really enjoyed, as I passed through the various different rooms, were the exerpts from Katherine’s works and letters which have been placed around the walls. These have been thoughtfully chosen to bring out an aspect of life that would have taken place in a particular room.

For example, in the Night Nursery, there is a quotation from her story ‘Prelude’, in which one of the main characters, Kezia, refers lovingly to her grandmother. We are told, in the written commentary panel about the room, that Katherine was very fond of her own grandmother, who would often spend time with her in the nursery. In fact, reading ‘Prelude’ is almost like reading about events that took place in this very house. 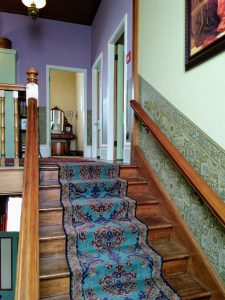 You can buy copies of the author’s works at the Katherine Mansfield House, and some other related books of interest. There’s also a small selection of cards and gifts suitable for book-lovers. 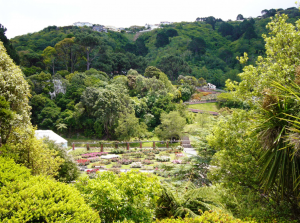 I have been meaning to visit the Katherine Mansfield House for many years. But, as is so often the case, places of interest in your own town often get pushed down the bucket list in favour of more exotic, far-flung destinations. We can visit our own local places any time, or so we think. The trouble is, we often don’t get around to it at all. I lived in Thorndon for several years, and somehow never found the time to take that 15 minute walk down Tinakori Road! In some ways it was worth the wait, because I gained the advantage of the restoration and all the new information which this brought to light.

Tui bird cushion designed for us by Cat Russell. 2 other bird designs available in store.